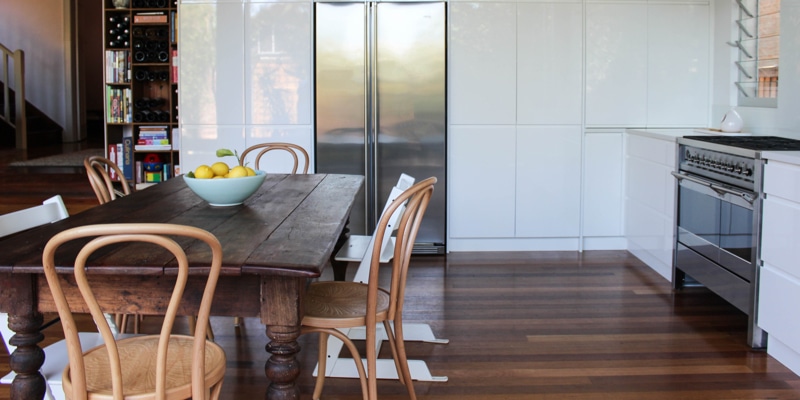 It’s always been in the back of my mind to share some of the creative process of renovating our home with our readers… So here goes!

Renovating brings up so many emotions, good, bad, ugly and indifferent. Without being too long-winded I need to explain a little of my childhood and background. I grew up with avid renovators. My parents were renovating when I was born and still to this day spend hours discussing opportunities of bringing life back to run down old houses and heritage buildings. They renovated a terrace house in Kirribilli (Sydney) before a sea change to St Albans (Hawkesbury Region) where they worked on an extensive renovation of an old sandstone house that was later purchased by Maggie Tabberer (Australian’s original supermodel & fashion designer), followed by the historic Settlers Arms Inn that was built-in 1836, and all of this before I was of school age. Then a move to Wollombi in the Hunter Valley saw the renovation of an 1840’s slab cottage in the village followed by their first ‘build from scratch’… a beautiful sandstone house and a number of little cottages nestled into a gully not far from the Wollombi township. Then there’s the weatherboard church restoration and extension (now the home of Usher Tinkler Wines) along with nine spectacular sandstone buildings known collectively as ‘Peppers Creek’ in the Hunter vineyards and endless other city renovations and extensions on terrace houses. The list seems extensive and each and every one was a personal project, so we have literally lived in most of them.

My husband (then boyfriend) and I had never really discussed renovating but when we found an old Californian bungalow in Newcastle we instantly fell in love. It was damp with plaster peeling off the walls and mouldy ceilings. We both tried to act complacent in front of the real-estate agent but the first moment we had alone we confirmed the feelings we were having were mutual and so the path was set. We did everything we could to secure the sale of the property as quickly as possible.

We spent endless nights discussing our creative ideas. I rushed out and bought a big folder to file all of our sketches, quotes and plans and to this day I love to look back on it and see just how far we have come. Once we had nutted out our plans we ran them past my parents who made numerous suggestions one of which was to place a large warehouse post in the centre of our lounge room to create different zones and to create extra structural support for a second floor and another was to take out more of the existing rear wall to open and link the old house with the extension. Some of their suggestions literally saved us thousands not to mention the endless hours my father put in on the building site. All sounding pretty standard so far, one of the things we did a bit differently was to have my father draft our plans the old-fashioned way with protractors, pens and drafting paper. My mother (who is an artist) created the most beautiful watercolour painting to accompany our council application and along with the standard engineering reports, fees, etc our plans were finally approved. No CAD programs or computers insight!

We more or less left the front of the house (containing the bedrooms) intact, but completely removed the rear to create an open plan living/kitchen/dining that opens onto the deck and garden. We decided to use the natural graduation of the block to step the extension down which allowed for a second floor in the gable. This also meant that we could match the roofline with the existing house so that from the street there is no evidence of a cumbersome extension. What was originally the homes kitchen was completely gutted to create room for a stairwell and library/study area. We put in an internal wall to expand the size of the bathroom and to create space for a laundry. We flattened a little rickety tin shed at the rear of the lot and replaced it with a detached double car garage reusing the bricks from the rear external wall of the old house. I love that we reused materials from the original house; it seems to keep things harmonious. We also removed an old triple pane window from the rear wall and relocated it into the stairwell.

The building process was a huge learning curve for me not only trying to project manage our future home but learning about the tools, materials and techniques. I was quite proud of myself towards the end as I walked through Bunnings with my shiny trade card knowing what the tools and products on the shelves were for. I learnt to mix cement the old-fashioned way after the mixer broke, I know all about repairing damp walls, stripping skirting boards, wire brushing bricks, building budgets, bobcats and drill bits and was generally on hand at every stage to make the final decision. Some of the trades were amazing, some were not… there were a lot of ups and downs but at the end of the day it was worth it!

For all the work that we have done there are a million little jobs that we haven’t and now that our children are a little bit older and we’re a touch more rested, it’s time to embark on the finishes and finally select our toilet roll holders, towel rails, dressing room mirrors, laundry shelving and the restoration of our beautiful tessellated tiled verandah amongst other things… wish us luck and happy renovating!

Based in the beachside city of Newcastle NSW, Australia, our Monsoon Living online store is updated with beautiful pieces as we discover them… It may just be the piece you can’t live without!